REVOLUTIONARY PRUDENCE WRIGHT: LEADING THE MINUTE WOMEN IN THE FIGHT FOR INDEPENDENCE is written by Beth Anderson and illustrated by Susan Reagan. This is a book steeped in historical revelations, fully developed personalities, and decisive actions that shaped the earliest days of our nation's struggle for freedom. It is worth celebrating as it nears release, and I predict it is destined to become a classic in the years that follow.

If the name  Prudence Wright doesn't ring a bell, it's no wonder. Unless you happen to be from Pepperell, Massachusetts, that is. The story of Prudence and her Minute Women Bridge Brigade are well known in that area, even though their story is otherwise little-known. Author Anderson approached this shining sliver of history with a diligence and thoroughness that would impress Prudence herself. The primary sources, careful documentation, and expansive notes in back matter make clear that it's a story deserving of the wide audience it will now receive.

Highlights include the fact that Prudence was a thinking woman who made her own choices. She agreed with and married a "Whig", a young man who actively fought the King and British forces.  Her own large family were mostly revolutionary-minded, but two brothers firmly supported England and the king. She suspected they might be spying on local activities.
Prudence made no attempt to hide her beliefs, organizing other like-minded women in town. They supported protests against tea taxes in Boston Harbor by tossing their British tea into a small fire in the center of town. Keep in mind that this was more than open symbolism. Tea took a big bite out of budgets, with those unreasonable taxes, and was also an essential part of daily culture. They  weren't dumping crates of market tea, they were destroying their own family's supplies!
When the Pepperell militia men marched off to support the battles near Lexington and Concord, Prudence realized that spies could report this to nearby British troops. She gathered militia wives and other women to dress in men's clothes and bring any kind of weapon they could find, from rakes to pitchforks to kitchenware.

That night they kept watch at Jewett's Bridge, the only crossing for potential spies to warn the Redcoats. Crouched in darkness, Prudence and her patrol waited for... a rider or two? or ten or more? An armed squad of men with intentions to quell the revolution? What could those women really hope to accomplish?

They did more than hope. Prudence kept watch. At the sound of approaching horses she signaled to warn the waiting Minute Women to prepare to act. Illustrations in this passage heighten the suspense about the dangers they might face, and the consequences that could ensue for Prudence and her unit of brave women, for the men they loved who were marching into battle not far away, and for the birth of a new nation, free from the tyranny of an angry king. Anyone who considers history to be dry and dull MUST read this picture book, for themselves and with young people in their homes and classrooms.

These are only the nuts and bolts from the account. As intense as they seem, they pale in comparison to Anderson's terse and tense narration throughout, written to reveal details, personality, danger, and inspiration within a remarkable and compelling story. The parallels between a young nation striving to be independent and a young woman whose thinking and choices defied the social standards for females of the day enlighten both sides of the comparison.

Susan Reagan's illustrations expand a significant amount of the drama and detail of this amazing story with subtlety and grace. Throughout, she has rendered fine line drawings on parchment-like backgrounds that depict  accurate elements of uniforms/clothing, settings, and evoke time-true perspectives while washing them with color tones that suggest both vibrance and age.

In this interior image Regan incorporates within the background one of the  many primary sources used by the author. This page also provides an example of Anderson's talent for conveying complex and powerful content with a few well-chosen words. In her brief lines can be felt the insults and injustices that enflamed the rebellion of the colonists, including Prudence and the Minute Women.

Don't miss this entertaining, exciting, inspiring nonfiction offering, including the notes in back matter, supplementary curricula materials, and the brilliant details within the illustrations. Release date is February 1, but preorders are available now at all online and independent bookstores. Signed copies of all of Beth's books are available at The Wandering Jellyfish Book Store in Niwot, CO   and Old Firehouse Books in Fort Collins, CO 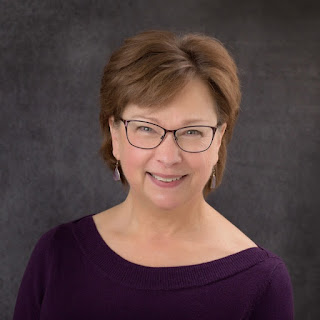 I've reviewed prior picture books by BETH ANDERSON HERE, and HERE, including an interview  HERE. The unique choices of subject matter, point of view, reliable research, and valuable extension materials that characterize her books guarantee that I'll be sharing even more of her work in the future. 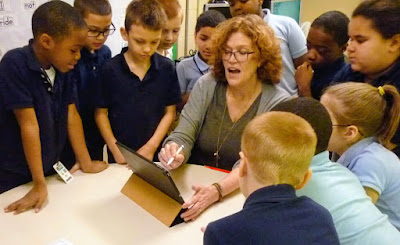 Before closing, I'll link to illustrator Susan Reagan's other offerings, which includes one of my all time favorite picture books, LIGHTS OUT, by Marsha Diane Arnold, which I reviewed HERE. Comparing the stories, subject matter, and styles in that book and this picture book makes clear that she can turn her talent to the service of the story, while in both cases the subtlety of posture, positioning, angle, and glance evoke emotional connection and underlying aspects of each story. It's worth your time to check it out.

NOTE: I have been an adamant feminist since (and before) kindergarten, when I was furious that the play areas, the playground, and many rules strictly separated our class by gender. They  provided BOYS with the best and most creative resources and equipment while  GIRLS had a toy kitchen, cleaning supplies, and an ironing board and few raggedy dolls. If I hadn't had a sense of injustice before that tender age, it would have kicked into high gear in that setting. These two creative women, Beth and Susan, displayed their own excellence in revealing a historic woman of talent and courage. For modern readers they are every bit as inspiring as Prudence Wright. If you have an interest in any of the MANY reviews, interviews, and spotlights I've featured in this  blog about outstanding girls/women in leadership (and fiction), type WOMEN in the search box on the right menu bar and check out some titles from prior posts.