This is quick, excited note to celebrate my news: 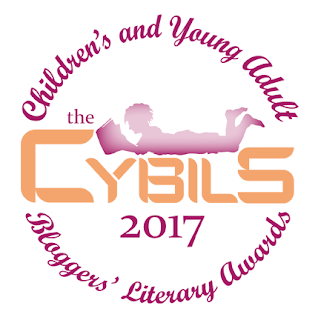 That means nominations will be opening soon. Start now to make a list of your favorite 2017 releases in each category and be ready for the announcement. Here are the guides for nominations, and a link to website to follow announcements (HERE). Nominating


We wouldn’t be a real award if we didn’t have a whole bunch of complicated rules in tortured lawyerese. So maybe we’re not a real award, because there aren’t any lawyers and only four rules:

I'll be back with a regular post soon, and details about the nomination process.
Meanwhile, I'm resuming my happy dance! My lists are already made! 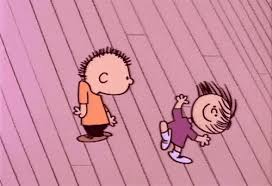 Posted by Sandy Brehl at 7:59 PM No comments:

About five years ago I "virtually met" picture book author and enthusiast Richa Jha, despite the fact that she lived in Lagos at the time. Since then she returned with her family to live in India. We don't touch base often, but I view her as a kindred spirit, following her from half a world away.

In her earliest picture books she incorporated the elements she believed would entice and engage readers: contemporary and relatable characters and situations, imaginative storylines, wide-ranging illustrations styles, and visual narratives as rich and layered as the text.
Since our early online chats and contacts, Richa not only wrote and published several more books, she has become an entrepreneurial publisher! In doing so she expanded her platform to advance her passion for lively and innovative picture books, produced by and for Indian creators and readers.
And she's leading the way to a picture book transformation in India. 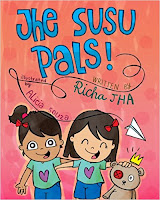 I wrote about The Susu Pals (2013, written by Richa Jha with pictures by Alicia Souza) in a post at the time, here, noting that her venture was challenged by some as too bold a change from the traditional publishing market. You can read an interview with her at that time, posted here. I hope you'll take a few minutes to read her thoughts on market patterns and demands versus the need to change the direction of books for young readers in her country. You'll recognize the voice of a determined woman.
In the next few years she pursued that personal mission: writing, launching a publishing company (PickleYolkBooks), and catching the attention of major reviewers. Read their take on Richa and other trendsetters, here.

A package from Richa landed on my doorstep recently and I've been poring over her latest productions ever since. LOVE LIKE THAT, is written by Richa Jha and illustrated by Gautam Benegal. It has a distinct sensibility, and yet kids around the world will adore it. I did, on first reading, and each return to the cover and spreads make me love it even more.  Mama and joey kangaroos are off on a trek around the world. Konga and baby Kroo travel from their Australian home base to Asia, Africa, South America, North America, and then back home. At each stop the wildlife habitats and specific native species are depicted with a combo of fantasy and accurate detail, sparking curiosity from Kroo's observations to ask about each parent-child relationship. Each demonstrates love for the offspring, but none that  Kroo recgnizes from his life. The rich layering, in text and images, reveals similar ways that Konga loves Kroo, although he has taken it for granted. On the final leg home, Konga's special way of showing love is undeniable. This works equally well as a Mother's Day book and a STEM spark.
The mission to produce layered and engaging illustrations was entirely successful. Multi-media images, evidence of collage and crayon details, and some of the most expressive faces a few dots and lines ever created invite readers to examine details. There's a tiny mother-child mouse pair who shadow (and add humor to) the main story, along with Kroo's field notes to cleverly assist pronunciations of some unfamiliar place names and an introductory map in kid-friendly format. The pages drip with detail while feeling light and well-focused. Richa's word choice is equally eye-catching. Konga's loving nicknames for Kroo include darling, litling, totling, munchkin, and krooling. The charm is  accomplished with a light, loving touch and never cloys.
This is a book with something for everyone, including the same person returning on a new day.
In contrast to the animal characters starring in that book,  THATHA AT SCHOOL, by the same author/illustrator team, is a realistic, contemporary story. Little Ovi is overwhelmed with fear that her grandfather (Thatha) will appear at the school grandparents' day in his traditional dhoti, even though he dresses in pants and shirts for everyday events. Ovi's anxiety about protecting him from being teased is readily revealed as her own fear of peer disapproval and embarrassment if he goes. Her various attempts to prevent Thatha's participation escalate, but he goes anyway. Fear causes her to abandon him at school, but loyalty (and growing awareness of others' diverse grandparents) win the day. Similar praise for illustrations (as in LOVE LIKE THAT) are due to this book.
Even with all those assets, there are additional layers to unpack in this book,  too. The background scenes could take place anywhere in the "western world", as readers here might assume, and yet they are also authentic for many corners of the world  for which stereotypes have shaped young assumptions. The use of specific language (Thatha, dhoti) is seamless, made understandable from context and images without belaboring a glossary or explanation. A child's concern that a grandparent (or parent or sibling or other beloved relation) might be an embarrassment beyond the family's walls is certainly universal. The humor of her attempts and heart-tug of her emotions ring true around the world. As the first book used field notes and other asides to expand meaning, this uses faded school notebook pages in the background of some spreads on which the art is overlaid. It's a delightful challenge to explore the various lines that are readable in places.

I'm always excited to examine new picture books, to discover and share ones that might be overlooked. In this case I'm thrilled to share these with a predominately US following, and to share with you a sneak peak at an author with big things ahead in the American market in years to come. This year at the Bologna International Book Festival, Richa and PickleYolkBooks made their first ever foreign rights sale! Marissa Moss's multi-award-winning Creston Books, US, bought the world English rights to a forthcoming title, The Manic Panic!
Stay tuned. It's currently a challenge to get your hands on copies of the books featured here. My copies are signed with personal messages from Richa and I wouldn't part with them at any price. The great news is that her future books are coming to a bookseller near you in the coming years, and you'll be able to say "you knew her when..."!
Congratulations, Richa, Gautam Bengal, Pickle Yolk Books, and all of the innovative, trendsetting picture book folks in India!

My previous post featured the recent release, MOST PEOPLE, written by Michael Leannah and illustrated by J. E. Morris. If you missed it, I urge you to stop, click, and read it now.

If you read it, now or earlier, thank you. I hope you'll share this book with others, young and old. Response to the current situations with Hurricanes Harvey and Irma are providing ample evidence of the premise of this book and puts the many screen images of disaster and rescues into perspective.

Speaking of the responses of good people to natural disasters, I've been thinking about a nonfiction picture book (with captioned photographic illustrations) that I read last winter as a nonfiction CYBILS panelist. 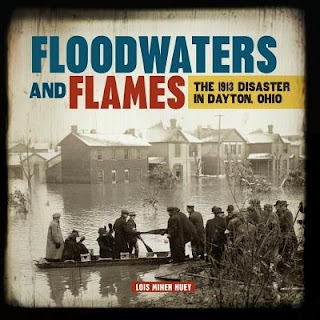 Floodwaters and Flames: The 1913 Disaster in Dayton, Ohio, by Lois Miner Huey was a finalist in that nonfiction category for 2016. I grew up less than  a hundred miles from Dayton and confess that I had never heard this story. I'm told now, by family who live there, that markers and a museum about the events of those weeks in 1913 are well known in Dayton. I've also learned that local school kids are taken on field trips to learn about it.
Unless you are among them, though, you are likely as unaware as I was of the catastrophic inland flooding, a disaster that led to the establishment of a federal rescue organization. That eventually became FEMA, which is currently demonstrating that even massive organizations can learn from past shortcomings.
"Hurricane Katrina, 2005.
The Johnstown Pennsylvania Flood, 1889
The Great Dayton Flood of 1913.
What? You haven’t heard of that last one?
You should have. This book provides ample arguments to rank Dayton’s flood as one of the most significant disasters in American history. A confluence of forces created a flood of unimaginable proportions: a rogue and persistent weather system, the geography and topography of rivers and valleys, and the cautionary voice of one who had “cried wolf” about impending floods once too often and so was ignored.
Specific decisions and innovative thinking by key players from widely varied walks of life saved countless lives and spawned the federal agency now known as FEMA. Those individuals were diverse in experience, nature, location, and prominence, including Katharine and Wilbur Wright and Bill Sloan, a Negro League star. All are portrayed through archival photographs, quotations, clippings, and maps, woven into dramatic text that reads like a thriller. The well-researched story is a winner in itself, but is further enhanced by “water-stained” pages and comprehensive back matter: author’s note, timeline, source notes, glossary, index, and follow-up resources. This reads from first page to last as a docu-drama and has all the attraction of a blockbuster film. It doesn’t disappoint."

At this point in life I can't imagine why I didn't write a post about it sooner. Perhaps it's for the best, due to the uncanny timing of a confluence of hurricanes now offering an eerie analogy to the confluence of flooding rivers in Dayton. Whatever the reason, I offer it to you with a suggestion to pair with MOST PEOPLE and other picture books, to share them with anyone trying to find what good can possibly come from massive destruction.

And here's a reminder that tomorrow, 9/11, is a day of service and remembrance. Whether you're able to share these books on that day or in the future, let's all remember to serve others when the opportunity arises. And new opportunities arise on a daily basis.

Email ThisBlogThis!Share to TwitterShare to FacebookShare to Pinterest
Labels: Dayton, FEMA, Floodwaters and Flames, history, natural disaster
Newer Posts Older Posts Home
Subscribe to: Posts (Atom)
Picture books are as versatile and diverse as the readers who enjoy them. Join me to explore the wacky, wonderful, challenging and changing world of picture books.